Skip to content
No Comments on ALCHEMY—AFRICAN SAGES CHEMISTRY OF NATUREPosted in Kemet Egypt By RaPosted on December 16, 2020February 18, 2022 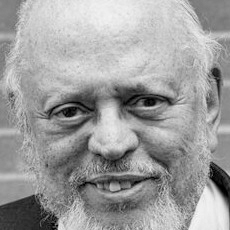 Broadly, “Alchemy” is a philosophical system containing the beginning of all Science–originally dealing with Mysteries of Matter, Creation, and Right Life-seeking so as to harmonize humans wholistically with the Cosmos.

Very Ancient Africans elaborated upon it with Astrology, Religion, Mysticism, Magic, and similar fields of study.

From Principles (ingredients of unchanging Truth) arising from their priest astronomer’s astro-mathematics, they inferred Circumstantial Truths (i.e. by God’s observable manifestations having Correspondence with what is Esoteric and Un-observable) emanate from the One Cosmic Force, Sekhem—also called Atum, Amen, Aten—and symbolized by the Sun (Fiery).

Ancient African Sages knew the Sun’s Physics as the factory for creating all Physical Matter and Energies—the forces and building blocks of all Things in the Cosmos—the nexus of transformation of unshaped ingredients into shaped Matter (Amen, Metu Neter II:65).

Three gods whom Atum (Atom) projected from Its body were Shu (Air); Tefnut (Moisture); and Geb (Earth). In creating Archetypes (African for “Seeds”) for whatever is to appear throughout the Cosmos, there were the four “temperamental classes” of Fiery, Watery, Earthy, and Airy destined to appear within the Animal Kingdom Archetype.

Since these four tie a vast number of types of “Sameness with Uniqueness” Creature and Creation Beings together across lines of genre and Kingdoms (e.g. Plant), this constituted a happening of Synthesis and Analogs (the holding together).

Resultant African Physical Sciences conclusions led to Ancient African doctrines of the Opposites (or Contraries); of the Change or Transmutation; and of the life and function of the Universe. These were presented under Matter’s Four Qualities and Four Elements—Water, Fire, Air, and Earth–expressed by a diagram’s outer and inner squares—with the implication of them being the four fundamental types of all manifestations (James, p80, 142; Amen, Metu Neter I:74).

The diagram explains Fire’s Qualities are hot/dry; Earth, dry/cold; Water, cold/wet; and Air, wet/hot—and each of these has significance.

For example, Earth is the mud in which the lotus flower is rooted–and water, the surrounding support of its stalk.

By specializing in the Transmutation of one kind of mental Vibrations into others, Ancient Africans Sages’ Art of Hermetic Alchemy—i.e. named for the African Master Tehuti, whom Saleem (The Egyptian Book of Life p10) says lived around 50,509 BC–dealt with the mastery of Mental Forces. In other words, African Tradition Alchemy is the rotation of the Four Matter Elements in order to discover the processes of Nature and so being able to work with them.

Such applies to humans by them being a manifestation of Nature and because of the Spark of God (off the Fiery Sun) present within the Soul of each–and felt by “Knowing Thyself”.

This God Spark gives them a “drop” of God’s powers—e.g. those of Omnipotence (Unlimited and universal power); Omnipresence (everywhere simultaneously), and Omniscience–total knowledge of Cosmic Laws.

In modeling God’s processes, humans’ “Souls” have the power to transform potential Entities from their undifferentiated Subjective Virtual Image state into an Objective Being.

To make these high level Metaphysical concepts understandable to students of true Hermeticism, African Sages spoke of it in terms of a mythological story.

In this “Philosopher’s Stone” legend, the transmuting Substance or Essence is found to be a black powder (?Melanin) mystically identified with the Underworld form of the god Osiris and credited with magical properties.

Thus, there grew up in Africa the belief that magical powers existed in fluxes and alloys.

This signified the presumed production, by unperceived processes, of the Higher Qualities from the Lower that could be applicable to humans’ Mental Forces.

Hence, from using processes of purification and from knowing all about the black powder—itself equating to the various individualities of the lower mental qualities—one could infer how the Divinity of a human’s Highest Self, along with life and power, could be transmuted into production. Such was behind Aten’s Sun Fire (Divinity) study relative to Matter’s Water, Air, and Earth. jabaileymd.com

Modern Day Kemetism - Kemetism is the study and pr

Everything in life, nature and the universe works

Scroll to top
error: This Content is Protected by Ancient Tree of Life!

You can find out more about which cookies we are using or switch them off in settings.

This website uses cookies so that we can provide you with the best user experience possible. Cookie information is stored in your browser and performs functions such as recognising you when you return to our website and helping our team to understand which sections of the website you find most interesting and useful.

Strictly Necessary Cookie should be enabled at all times so that we can save your preferences for cookie settings.

If you disable this cookie, we will not be able to save your preferences. This means that every time you visit this website you will need to enable or disable cookies again.